How many users abandon your site due to poor performance?

The various studies claim many different things when it comes to the impact that the performance of the system has on user experience. Some of the most frequently quoted “facts” are:

These quotes seem to carry weight but when you dig deeper, there is not much evidence to back these claims. The statements either describe individual applications, are missing the datasets the claims build upon or expose the results of surveys instead of monitoring actual user experience.

So if you are running a digital business, what kind of an impact does a poorly performing application really have? In this series of articles we are approaching the subject based on the hard facts we have extracted from real-world applications monitored by Plumbr.

Let us start by analyzing the impact that performance has on the amount of users who abandon the original operation. The best way to think of this is to imagine waiting for a slow page to load. How quickly do you start reloading the page, close the browser tab or just go back to Google to find alternatives? Apparently we have the answer: 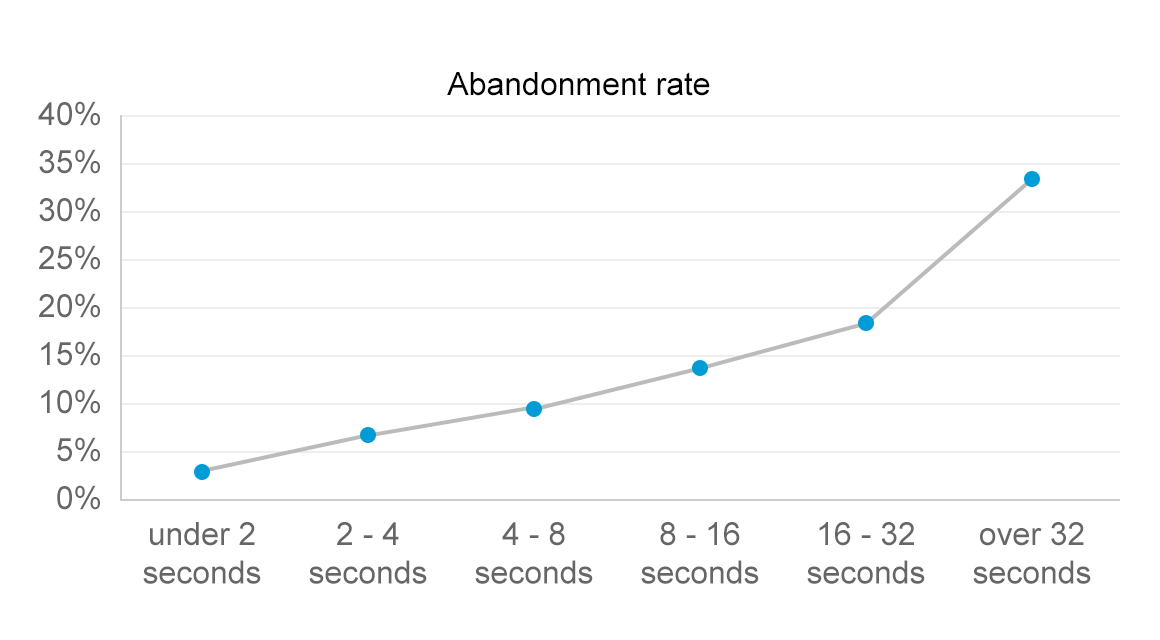 To interpret the data visualized in the chart above, let us look at the following examples:

To summarize, we can say that a two-fold increase in response time makes the user 63% more likely to abandon the transaction.

The data above represents five billion user interactions with 500 different web-based applications. Whenever a user aborted an operation, it triggered a specific event captured by Plumbr. Based on these events, we aggregated, cleaned and clustered the data. In the following posts we are going to expose the dataset itself along with a more detailed analysis.

A good summary! Thanks!

this is a reader’s digest-level analysis

I am sorry you feel this way. The follow-up posts will share more information about the dataset and we are also preparing the anonymized dataset itself to be shared. We are working with several PhD students both from IT and statistics to make sure the datasets are harvested and interpreted properly. I would also be happy if you can link into any existing study which has already shared any similar information along with the actual data.