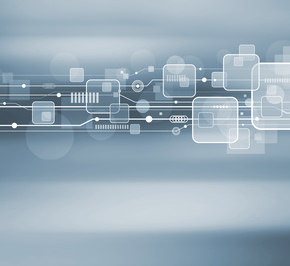 Knowing how your application actually behaves in production is one of the key ingredients for running a successful digital business.

An application deployed on the Java Virtual Machine can face performance issues due to various reasons. There is a long list of threats which, if not monitored and taken care of, will result in poor user experience in terms of performance.

Without the evidence and root cause available to the engineering team, the quality of the service will eventually suffer.

There are a lot of solutions out there bridging this information from production deployment to business people, operations and developers. Each of them does it a bit differently and has its strengths and weaknesses.

One of such tools is our very own Plumbr which is now equipped with a truly interesting way to get actionable insights from your production deployments in regards of memory consumption. If you can bear with me for the next 10 minutes, you will learn an interesting way to make your data structures transparent.

Why should you care?

All of these problems originate from the poor transparency of the data structures loaded into memory during runtime. And you can reduce the infrastructure costs, increase throughput and reduce latency by optimizing the memory usage of your application.

The way insights to the data structures in memory are usually exposed is via memory dump analysis. The most commonly used tool for the job has been Eclipse Memory Analyzer which can analyze the heap dump taken from the JVM.

As a result we have confidence in claiming that the current approach is both inconvenient and outright broken depending on the situation.

Plumbr has long been known for our capabilities of detecting memory leaks. As memory leaks are only a small subset of memory-related issues, we have expanded our offering and built a solution for our users to have memory transparency during runtime.

The solution is built upon taking heap snapshots after certain GC pauses. The exposed memory content would look similar to the one in the following screenshot.

As seen from the above, the top five memory consumers exposed by Plumbr are occupying 8G out of the 13G of total used heap. The screenshot contains explicit details about the biggest consumer, where apparently more than 2G is being logged through Log4J appenders.

Equipped with the information similar to the one shown above, you can start reducing the size of the most memory-hungry data structures right away. Looking at the example above, it is hard to imagine that logging 2G with a single logging call was intentional. Just changing the way this particular application handles logging could reduce the capacity requirements by 25%.

Based on the data captured from Plumbr deployments, 40% of the operations suffering from poor performance due to GC pauses, came from JVMs suffering from memory bloat. But more interestingly, the GC pauses in such JVMs take 30% longer to complete on average.

As a result of this, you can both reduce the infrastructure costs and reduce the perceived latency, as thanks to the reduced memory pressure, the GC pauses will be shorter and less frequent.

In addition, as you can see, Plumbr does not capture any sensitive information from the JVM. The actual contents of the heap never leave your servers, as Plumbr only captures the meta-information of the object graph. For example, we would only record that field number of a CreditCard object occupied 16 bytes, instead of actually storing the credit card number.

Following is an another example from a situation where Plumbr exposed the data structures in memory during runtime, making it transparent that the application was heading towards an imminent crash.

First snapshot exposed is taken three hours before the application died with the OutOfMemoryError:

Over the following three hours, we captured two more snapshots similar to the one above, with the exception of the size of the said HashMap, which was constantly growing over the period. And just after three hours, the inevitable happened:

In addition to capturing the snapshots on certain GC pauses, Plumbr also captures the heap snapshot on OutOfMemoryErrors, exposing the memory contents at the time of death. And as seen from the above, the same offending HashMap has now grown to 236MB, effectively consuming 98% of the available heap and killing the JVM.

In the last month alone, we have had 104 application runs that died with an OutOfMemoryError: heap space. For 97 of these, we have exposed the same major consumers of memory while the application was still alive. So besides just equipping you with interesting information, you will also have an early warning system for OutOfMemoryErrors.

If the approach described above seems interesting, I can only recommend to take Plumbr out for a test drive and see the results yourself. While doing so, you might benefit from the detailed description about the approach we have taken:

Can I send you the hot spot from heap dump for your analysis?

Nope, the analysis we provide can only be done using the data gathered by our Agent, not from the generic dumps.

The dump taken by Dynatrace Agent is not generic and the Dtynatrace Memory Analysis Server analysis of the dump might help you to improve your analysis.

Apologizes for the confusion. The claim still holds, but let me phrase it differently. “Plumbr analyzes only the snapshots captured by Plumbr Agents. Any other snapshots/dumps can not be analyzed with Plumbr”.

There are indeed alternatives on this field and indeed, Dynatrace provides one of seemingly similar one. Being proud of our craft I must say that the analysis we do on the memory content is better. We both capture the snapshots way faster and also expose the major consumers by the shallow size immediately, without any need to walk through the object graph yourself.