Is Plumbr for developers or operations? 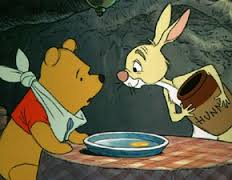 When Rabbit said “Honey or condensed milk with your bread?” Pooh was so excited that he said, “Both,” and then, so as not to seem greedy, he added, “But don’t bother about the bread, please.”

For whom is your solution designed to? Not having a clear answer to the question, or worse, answering in a classy Winnie-the-Pooh style to “everyone” is usually a clear sign that the product owner really does not understand the market.

I am going to take a stand here and claim that our performance monitoring solution can and will benefit both engineering and operational roles. In regards of what Plumbr has to offer, operations and engineering are just two sides of the same coin, both interested in increasing the availability and performance of the services. Plumbr is able to help out both teams.

Operational teams tend to be all out for keeping an eye on availability and performance of the services. For such teams, Plumbr can and will:

As a result operational teams will receive a framework for triaging and tracing down the root cause – with Plumbr the operations team now understands exactly what is broken, which incidents are connected and where to start the fixing process.

Developers come into the play when a SLA violation has been confirmed and the fix needs engineering team involvement. For such teams, Plumbr will:

As a result engineers can focus on developing new and meaningful stuff that creates value, instead of spending weeks and weeks on troubleshooting performance issues.