Squeezing data into the data structure 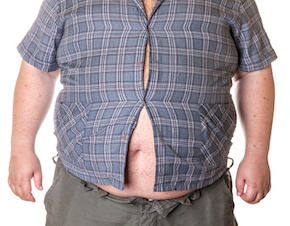 This story is about a capacity optimization task that we recently carried out at Plumbr. It all started with an innocent-looking requirement being added to the existing mix.

As you might know, Plumbr monitoring solution is distributed as a Java Agent which connects to a Server. The small addition required to keep track of all the connected Agents over time so that questions such as following could be answered in real time:

As each of the Agents is sending out a heartbeat every second, all that we need to do in the server-side is to keep track of all the heartbeats. As each heartbeat has a unique timestamp attached, the naive solution would be as easy as tossing all the heartbeats in a Set or a Map. So – easy, done, next, please?

However, some quick back-of-the-envelope math demonstrated that the initial idea just might not work. Taking into account that:

we can quickly do the math and see that the raw data alone for a single JVM for one year would require 240MB. The size of the raw data alone was scary enough, but when packaged to a HashSet the retained size of the structure exploded to about 2GB with all the overhead java.util.Collection API implementations hide in their belly.

The naive solution was off the table and we needed an alternative. We did not have to look very far initially, as in the very same java.util package a surprise called java.util.BitSet was waiting to be discovered. According to the javadoc of the class:

The BitSet class implements a vector of bits that grows as needed. Each component of the bit set has a boolean value. The bits of a BitSet are indexed by nonnegative integers. Individual indexed bits can be examined, set, or cleared.

So what if we stored the heartbeat acquired from the Agent as boolean values indexed by the heartbeat’s timestamp? Timestamps in Java are represented as the difference in milliseconds between the current time and midnight, January 1, 1970 UTC. Knowing this, we can represent the 1st of September, 2015, 12:00 UTC as the number 1441108800. So what if when we see an Agent sending us a heartbeat at timestamp 1441108800 we would set the bit with the index 1441108800 to true, otherwise being left as the default false?

But how many seconds can be represented using just Integers? Apparently Integer.MAX_VALUE is big enough to represent each second from 01.01.1970 to until 19.01.2038. Besides creating a year-2038 problem, it should be good enough, right?

Unfortunately,  as our back-of the-napkin calculations show, one year worth of data would still require around 800MB of heap. This is a small step in the right direction from the original 2GB of the HashSet, but still way too much for practical use.

Redoing our back-of the napkin math and checking the results in practice gave us a winner. Now a year’s worth of data could be stored in only 20MB. Comparing this with the original 2GB we have shrunk the needed capacity by 100x. This was already in the comfort zone as the existing infrastructure was able to cope with it, so we did not go further down the optimization path.

Moral of the story? When you have a requirement in your hands, find out what it might mean in terms of your application’s performance. And I mean all aspects of performance as there is more than just latency and throughput, one should not forget about capacity. And – know your domain. Without it, you cannot make decisions which, if just equipped with book-smarts about data structures, seem insecure and dangerous.

All you need to store on server is a bunch of dates when you lost connection to JVM and when it was fixed. The whole idea of storing each second heartbeat looks overengineered.

For this you need:
1. Persistent connection between a client and a server
2. This connection to be reliable and not break too often
3. Be able to reliable detect if client disconnects

In our experience, all these things are not trivial.

Thank you for your suggestion! I will look into it, sounds interesting. As I mentioned in the article, we have reached our comfort zone with this solution and so stopped digging further.