How (not) to create a permgen leak?

The other day I was testing part of our application dealing with our permgen leak detection algos. A particular feature I was struggling with needed a new test case.

After noticing all our tests in the field were too complex – involving heavy lifting around application deployment and classloader initialization, I tossed in a new test similar to the following:

The code snippet is rather straightforward, iterating over a loop and generating classes at the runtime. When facing an Error, the code above is well prepared to catch it and print out the stacktrace. 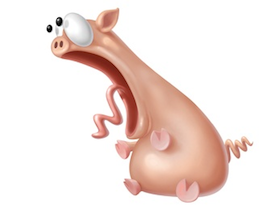 All the complex magic is done using the javassist library keeping the example short and concise.

Looking at the test, you might expect the code fulfill its duty and die with the familiar “java.lang.OutOfMemoryError: Permgen space” message being caught in the main() method catch() block.

Apparently, the situation is a bit more complex than this – half an hour later I found myself still staring at a somewhat different error message. I must admit I have gotten my fair share of OutOfMemoryErrors during the past years. So I thought I had seen it all. Wrong, this one still caught me off guard:

Several debugging sessions later I had found the cause, which is similar to the silent memory failure experienced and described years ago. Namely – the memory is used up to the extent where the JVM fails to create a new OutOfMemoryError() instance, fill its stack trace and send the output to the print stream.

So, when you take the code above and run it with just one small addition initializing the Error object along with its stack and output stream, you will face a different result:

Running the same test now results in a lot more familiar output to your log files:

Moral of the story? The safety nets within JVM go deep. It is darn difficult to outsmart modern JVMs today. But as seen from the above, there are still some corner cases where the safety measures are applied in a way that makes it hard to understand what is actually happening. So hopefully this post saves someone a miserable debugging session. If indeed the case, consider following our performance tuning advice in Twitter.