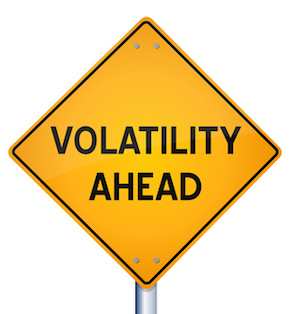 We have spent last couple of months stabilizing the lock detection functionality in Plumbr. During this we have stumbled into many tricky concurrency issues. Many of the issues are unique, but one particular type of issues keeps repeatedly appearing.

You might have guessed it – misuse of the volatile keyword. We have detected and solved bunch of issues where the extensive usage of volatile made arbitrary parts of the application slower, extended locks holding time and eventually bringing the JVM to its knees. Or vice versa – granting too liberal access policy has triggered some nasty concurrency issues.

I guess every Java developer recalls the first steps in the language. Days and days spent with manuals and tutorials. Those tutorials all had the list of keywords, among which the volatile was one of the scariest. As days passed and more and more code was written without the need for this keyword, many of us forgot the existence of volatile. Until the production systems started either corrupting data or dying in unpredictable manner. Debugging such cases forced some of us to actually understand the concept. But I bet it was not a pleasant lesson to have, so maybe I can save some of you some time by shedding light upon the concept via a simple example.

Example of volatile in action

The example is simulating a bank office. The type of bank office where you pick a queue number from a ticketing machine and then wait for the invite when the queue in front of you has been processed. To simulate such office, we have created the following example, consisting of two threads.

First of the two threads is implemented as CustomerInLine. This is a thread doing nothing but waiting until the value in NEXT_IN_LINE matches customer’s ticket. Ticket number is hardcoded to be #4. When the time arrives (NEXT_IN_LINE>=4), the thread announces that the waiting is over and finishes. This simulates a customer arriving to the office with some customers already in queue.

The queuing implementation is in Queue class which runs a loop calling for the next customer and then simulating work with the customer by sleeping 200ms for each customer. After calling the next customer, the value stored in class variable NEXT_IN_LINE is increased by one.

So, when running this simple program you might expect the output of the program being similar to the following:

As it appears, the assumption is wrong. At least on my Mac OS X with JDK 7 I am facing the Queue processing through the list of 10 customers and the hapless thread simulating customer #4 never alerts it has seen the invite. What happened and why is the customer still sitting there waiting endlessly?

Update: on different platforms you might not face exactly the behaviour described above, serving as an example of the platform-dependent nature of concurrency issues.

What you are facing here is a JIT optimization applied to the code caching the access to the NEXT_IN_LINE variable. Both threads get their own local copy and the CustomerInLine thread never sees the Queue actually increasing the value of the thread. If you now think this is some kind of horrible bug in the JVM then you are not fully correct – compilers are allowed to do this to avoid rereading the value each time. So you gain a performance boost, but at a cost – if other threads change the state, the thread caching the copy does not know it and operates using the outdated value.

This is precisely the case for volatile. With this keyword in place, the compiler is warned that a particular state is volatile and the code is forced to reread the value each time when the loop is executed. Equipped with this knowledge, we have a simple fix in place – just change the declaration of the NEXT_IN_LINE to the following and your customers will not be left sitting in queue forever:

For those, who are happy with just understanding the use case for volatile, you are good to go. Just be aware of the extra cost attached – when you start declaring everything to be volatile you are forcing the CPU to forget about local caches and to go straight into main memory, slowing down your code and clogging the memory bus.

Volatile under the hood

For those who wish to understand the issue in more details, stay with me. To see what is happening underneath, lets turn on the debugging to see the assembly code generated from the bytecode by the JIT. This is achieved by specifying the following JVM options:

Running the program with those options turned on both with volatile turned on and off, gives us the following important insight:

Now, hopefully the explanation will save you from couple of nasty bugs. If you enjoyed the content, subscribe to our Twitter feed for further content around performance optimization. Or when you are interested in getting rid of memory leaks, suboptimal GC behaviour or lockin issues, go and grab Plumbr for a trial run.

When I was a Java developer some 10 years ago, this kind of thread synchronization was considered a really bad practice because the infinite while loop clogs up the processor. Imagine the queue is 10 000 threads long and all of them are infinitely looping waiting for the correct number….

I mean yes, it works with one thread but not for long in production environment 🙂

You see, without volatile, you have no guarantee by JVM that certain effects – in this, that one thread will see changes by another thread – will happen. They may, as in your case, or may not, as on my machine. When you use volatile, or synchronise, then JMM gives you some promises. And then you can reason about the correctness of your code.

Also with this code there is no guarantee, that “Great, finally #4 was called, now it is my turn” will be called after “Calling for the customer #4”.

I think this is also worth to mention that NEXT_IN_LINE++ is not atomic operation.

I get the same as Younss Azzayani without volatile on W8.1 JDK 8 u5 x32