How I broke our continous deployment 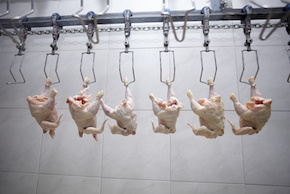 This post is about a failure – more precisely about how I managed to bring our release processes to their knees. I can recommend reading especially if you are planning to ruin your release train any time soon. Following my footsteps is a darn good way to bring down your automated  processes for weeks.

On the 21st of January we stopped nightly production updates as one of the larger changes needed some more time in QA processes. The intention was to stop the updates for just a few days. At the same time the test environment was still being updated several times a day.

As you might guess, those few days turned into ten days. So it was not until 30th of January until we were again able to re-enable the automatic updates in production environment. Only to discover the next morning that the update had failed with the following error message during application initialization:

‘java.security.ProviderException: Could not initialize NSS’

As we were using LiveRebel, the update was rolled back automatically and the production site kept using the version deployed 10 days earlier. So no major harm was caused, especially after I discovered that manual push to production worked just fine.

But the automated update failed again on the following night. And the next one. So it was already on 5th of February when I finally found time to investigate the issue more thoroughly.

30 minutes of googling revealed only one clue – in the format of a discussion thread about libnss3 configuration errors. Making the proposed changes to the nss.cfg indeed seemed to work and the automated releases started rolling out.

Answers started to take shape when we investigated the logs. Apparently we had automated updates enabled for the production JVM, so on January 23rd the automated update had pulled both the fresh openjdk-7-jdk_7u51 patch and libnss3 patch and applied the upgrade. So we had found the answer to our first question.

The second answer surfaced when we compared environment configurations. Our test environment was running on 32-bit JVMs, as opposed to 64-bit production machines. Why the 32-bit JDK upgrade did not break the backwards compatibility to libnss is another question, but we again had found the difference which, when removed, exposed the problem also in test environment.

The answer to the third and last question became clear when we correlated the uptimes of test and production LiveRebel instances. As the test LiveRebel had been restarted and had picked up new libnss3 configuration, we had found the reason for it running without configuration issues.

Having spent more than a day figuring out all of the above, I can only conclude that the following has to be kept in mind when creating or maintaining your build:

Admittedly, these are obvious conclusions. But sometimes the obvious things have to be reminded. If you are among those who sometimes tend to forget the “obvious” or are just interested in keeping up with our activities, subscribe to our our Twitter feed about Java performance tuning topics.