What is promotion rate? 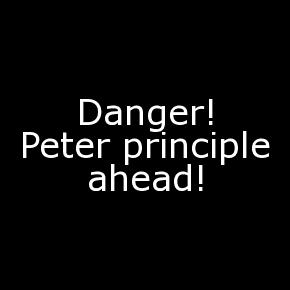 I do believe you are familiar with the Peter principle. In general, the principle is an observation that promotions can and will lead to a situation where the promoted person is no longer qualified for the job.

For the JVM the similar problem exists. Promoting objects too fast can have significant impact to performance. In this post we open up the concept of promotion rate, demonstrate how to measure it and explain the practical value of the concept.

It is a follow-up to our post from last week that explained the concept of allocation rate.

Let us start with the measurement of promotion rate. For this let’s turn on GC logging by specifying -XX:+PrintGCDetails -XX:+PrintGCTimeStamps flags for the JVM. The JVM now starts logging the GC pauses just as seen in the following snippet:

Now, being equipped with the definition of promotion rate and knowing how to measure it, let’s look at the practical value of this information.

From the practical standpoint, facing high promotion rates can surface a symptom of a problem called premature promotion. To explain the problem, let us recall why JVM heap is divided into different memory pools in the first place. The reason for this is based on the observations that:

These observations come together in the Weak Generational Hypothesis. Based on this hypothesis, the memory inside the VM is divided into what is called the Young Generation and the Old (or Tenured) Generation. Having such separate and individually cleanable areas allows GC to apply different algorithms to clean these areas, thus improving the performance of the GC.

So premature promotion occurs when objects having short life expectancy are not collected in Young generation and get promoted to Old generation. Cleaning such objects becomes the job for Major GC, which is not designed for frequent runs and results in longer GC pauses significantly affecting the throughput of the application.

A symptom that signals that an application suffers from premature promotion is when promotion rate approaches allocation rate . In our case, we are definitely facing such an issue, as our allocation rate is measured at 161 MB/sec and promotion rate is 92 MB/sec. The solution for the problem might be as simple as increasing the size of young generation via altering -XX:NewSize,  -XX:MaxNewSize and -XX:SurvivorRatio parameters.

In many cases, this would still result in too frequent Minor GC runs. In such a situation, you would need to change the application and reduce the allocation rate. How this can be achieved is very much application specific, but introducing caching for objects which are frequently created might be a way to overcome the issue.

From the practical standpoint, you should care about allocation and promotion rate to understand how well the GC can keep up with the pace of object creation and promotion to Old Generation. These factors can significantly impact the throughput of your application. The problem can often be alleviated using a more appropriate GC configuration or by a simple change in your source code.

“but introducing caching for objects which are frequently created might be a way to overcome the issue.”

Object caching is very odd technique nowadays, since allocation in JVM is very efficient and cheap operation (it might be faster than malloc even), you should consider it only in *very* rare cases (like real-time trading application with comprehensive microseconds-matter latency requirements), though in that case you better go with Offheap memory, but not this one.

Overall, object pool played its role relatively well in early versions of Java, and now this technique is dangerous and should be forbidden.

Every trick can be useful in the right moment. But we certainly agree with you that object pooling is quite rare, albeit not yet extinct, beast today.